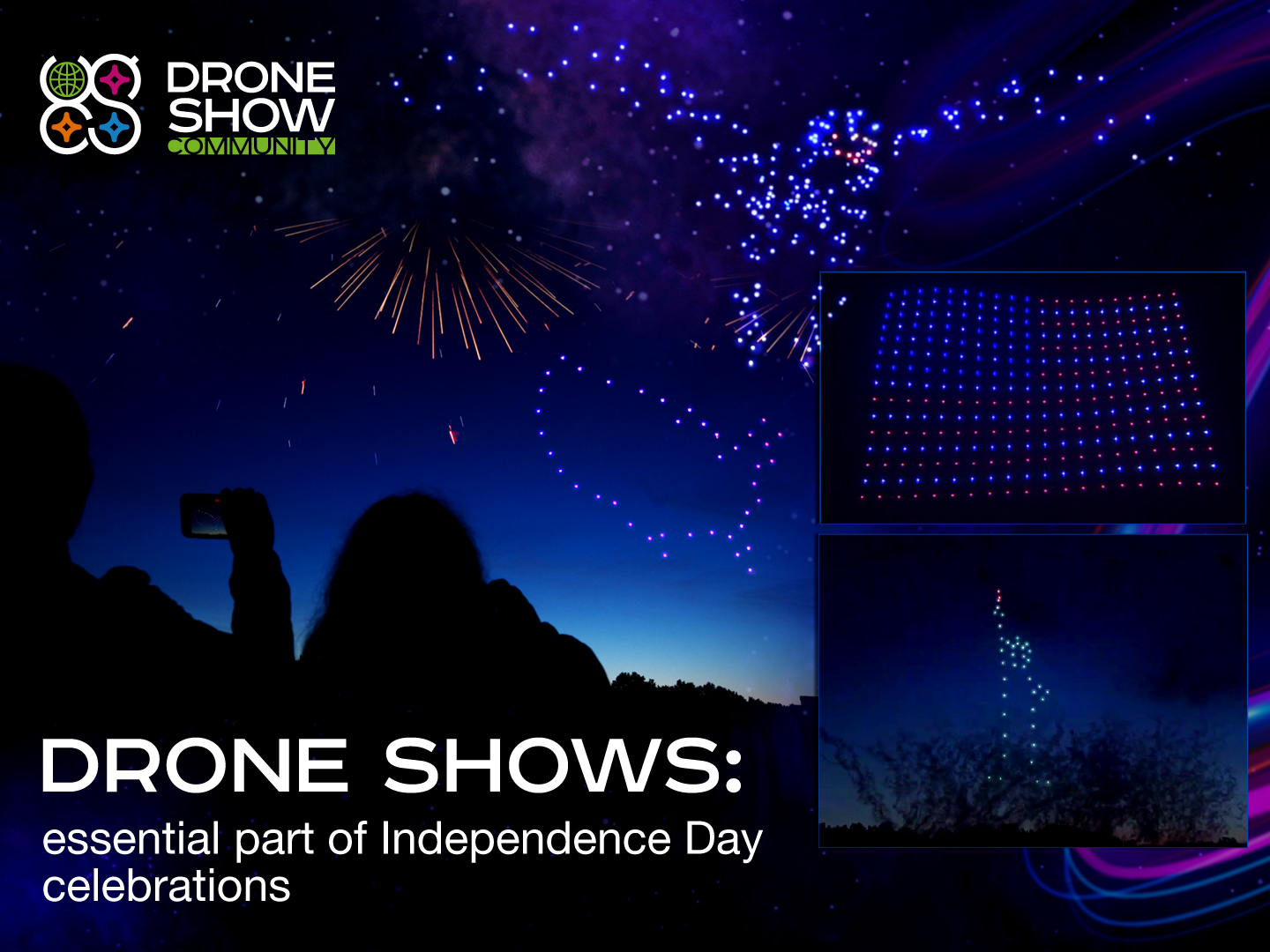 A few years ago, one of the main holidays of the American people - Independence Day was associated with folk festivals, which were invariably accompanied by fireworks. Over the past years, celebration formats have taken on new forms, and in many states drone shows have become a highlight, drawing a variety of pictures in the sky dedicated to the holiday.

Traditionally, the American flag, the Statue of Liberty, congratulatory slogans and other pictures symbolizing the idea of ​​Independence Day appear in the sky. It all started with small rare shows of 20-50 drones, and now there is a great number of venues for the show, and the fleets of light drones have grown tenfold.

There are a lot of reasons to integrate a drone show into the festive program, this is the innovative approach of the organizers to the event, and issues related to environmental protection, and extensive opportunities for creativity, and already the viewer’s love for this type of entertainment.

The strongest drone show companies, Drone Show Software providers organize a series of drone light shows dedicated to Independence Day countrywide. For example, the company Hire UAV Pro, which is the only drone light show company in Colorado, presented to the audience several 10-12 minutes shows with patriotic images within 4 days (from July 1 to July 4) which ranged from 100 to 150 drones.

The professionalism of the drone show teams is growing in proportion to the increase in their fleets of light drones. Today, more and more often you can see drone shows that paint the sky with hundreds of drones and leave a memorable impression on everyone who saw it, both live and on video. So the Sky Elements Drone Show company not only flies drone shows with a fleet of 500 drones, but also organizes several drone shows on the same day in different parts of the country presenting the patriotic display of aerial entertainment with coordinated drones.

Municipalities choose drone shows for a variety of reasons, the most common being their safety and limited environmental impact. The demand for drone shows is only growing, and it's not just about the celebration of July 4th, municipalities, large event companies, business corporations have gradually taken the habit of including drone shows in their bright events.

The largest international and local media are experiencing unprecedented interest in drone shows and the transition of celebration formats to a high-tech level in the form of unique conceptual drone shows.

And this is just the beginning. Drone show industry is actively gaining popularity and conquering the event market.

Let's have an online meeting to discuss the next steps!